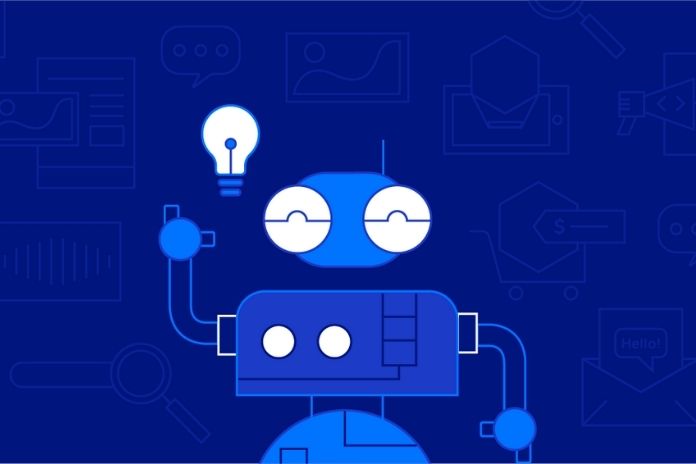 Artificial intelligence applications are the big request to optimize digital marketing. If you are aware of the technological trends in the world, then you know how the functioning of AI is impacting the most diverse areas of knowledge.

So, it shouldn’t come as a surprise to anyone to use apps in digital marketing. Not playing your chips in this bet already leaves you behind the competition… Does this statement seem a bit extreme to you? Gartner, the world leader in unbiased technology research and advice, says that almost all programs will use artificial intelligence.

According to company data, software vendors introduce AI traits into all their products. Thus, it is possible that by 2020 the technology industry will be completely dominated by AI. In other words: 2020 is the decisive year for you to adapt to the trend. After all, all your competitors will too. Want to discover some platforms that already use AI and are ready to be adapted to your digital marketing routine? Then check out the list we prepared for you!

Artificial Intelligence Apps: Ready To Be Included In Your Marketing

Auto Draw works through machine learning. In this way, the Google app allows users to create professional designs even if they don’t have any skills in the field. The app deciphers what the user is playing and suggests some improvement options using machine learning. But how can this app be used in digital marketing? Well, it’s a great alternative to building or sketching logos for your brand.

Giorgio Cam’s functionality is quite creative: it assembles AI-made musical compositions from photographs taken by you. But how? The app can recognize images of objects placed in the camera and compose the melodies describing and making relationships with what was shown. This is possible thanks to an image recognition API via artificial intelligence.

Therefore, the app is a great way to think about jingles for products and commercial tunes. It’s also a great way to spark audience interest and attention and build content from viral potential.

Thing Translator works as a very interesting and accurate translation tool. Artificial intelligence can recognize objects, even revealing the names of the images shown by the smartphone or computer camera in different languages accurately.

Doubts About The Profit That Investing In AI Can Bring?

The doubt is valid. After all, you are an entrepreneur, and the company’s profit weighs heavily. But the AI ​​numbers are high. According to a consulting report released by Accenture and Frontier Economics, artificial intelligence has the potential to generate more than 38% business profit by 2035.

Still, according to the consultancy, AI alone should increase the growth of all industries. In this scenario, the three fastest-growing areas in artificial intelligence will be:

Artificial Intelligence And The War Between Men And Machines: Cinematic Tip

The Matrix (1999, Lilly and Lana Wachowski) is one of the most iconic cinematic works. This is because the film combines incredible script with martial arts, religion, philosophy, and cyberpunk aesthetics in a genius way. The story follows hacker Neo (Keanu Reeves) in discovering that the world we live in is nothing but a computer simulation. In a scenario where humanity is unconscious and enslaved, the great villains are the machines – endowed with a will of their own by the evolution of artificial intelligence.

The film had two sequels, and rumors indicated that a fourth film was on the way. The rumors have been confirmed, and although the filming has no completion date, some stars have already been confirmed, such as the return of Keanu Reeves as Neo, Carrie-Anne Moss, and Neil Patrick Harris.

What Do You Think About The Use Of AI In Digital Marketing?