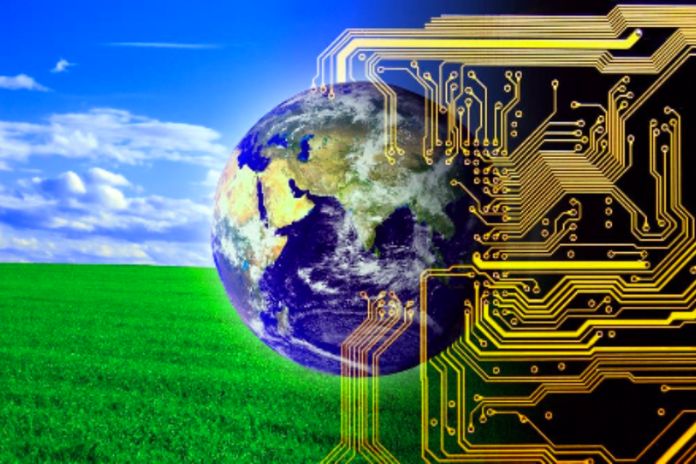 When we talk about technology and technological inventions, we tend to think of ideas far from reality and very close to the artificial. The truth is that technology has much more to do with nature than we realize.

Proof of this is that many inventions and products are inspired by biological factors already in them. Many scientists observe the functioning of living beings to create intelligent and sustainable solutions through technology.

An excellent example of this creative appropriation are LED lamps. They are inspired by the anatomy of the firefly, an insect that can project a powerful light from its interior. Observing that they have irregular scales on the abdomen, it was possible to create the structure of the lamps with these scales. The result is up to 55% brighter brightness than standard bulbs.

Another invention that unites technology and nature comes from how the gecko can move around on smooth surfaces, such as walls, without falling over. That’s because the animals have bristled at the ends, allowing an easy grip on the base where they move.

From this, very sticky adhesives were created to support significant weights without coming off. They are composed of a structure similar to that of geckos’ bristles.

Clothes also use nature to innovate. The skin of sharks inspires some Olympic swimming costumes. Its body has overlapping scales that facilitate its locomotion in the water. The fabric used in these suits imitates the shark precisely so that the athlete can gain speed when swimming.

Like many inventions, drones and UAVs (Unmanned Aerial vehicles) can also have their operation inspired by natural factors. Techniques such as remote sensing and aerial surveys can use natural and biological factors for their improvement.

Remote sensing, obtained through UAVs or drones, has gained a valuable ally in developing diversified products serving the most varied ramifications of the economy. It is the thermal camera, a sensor that can measure reflectance of targets in the infrared spectrum, which have wavelength values ​​between three and fourteen micrometers, in the field of the electromagnetic spectrum.

This technology integrated into drones should increasingly expand the Aeroflot grammatic market, which is growing these days. This is because surveys generally work with sensors that capture reflectance in the visible spectrum, that is, the only field of the electromagnetic spectrum that humans can distinguish targets, which in turn have become very valuable in some products generated, such as, for example, the identification of irregular constructions in areas protected by law. However, with the magnification provided by the thermal sensor, objects that were previously not interpreted due to lack of data can now be adequately studied. More detailed information can be obtained from specific jobs aimed at fields such as precision agriculture and electric power transmission lines.

One of the most severe problems producers face is the detection of diseases because the infestation of pathogens in the plant occurs invisibly to the human eye. When identified too late, they lack adequate treatment, causing the harvest loss. The intervention of the thermal sensor in this type of problem can warn the exact moment when the production begins to suffer some disease because when inferred by a pest, the plant internally changes its physiological state,

Implementing surveys through drones resulted in greater agility and safety for maintenance teams. With the advent of the thermal sensor, the evaluation of thermal anomalies along the line was quickly evidenced, thus correcting problems more effectively and avoiding power interruption.

Observing the eagle’s flight, for example, researchers have developed a drone capable of grabbing objects while gliding – a movement similar to that of the bird. Flies were also the inspiration for specialists at Harvard University to create micro drones that use the insect’s functioning as a basis for developing and perfecting its flight.

Finally, with the popularization of the drone, scientists from several countries created projects based on the aerodynamics of animals, such as birds, bats, insects, squirrels, snakes, and fish.