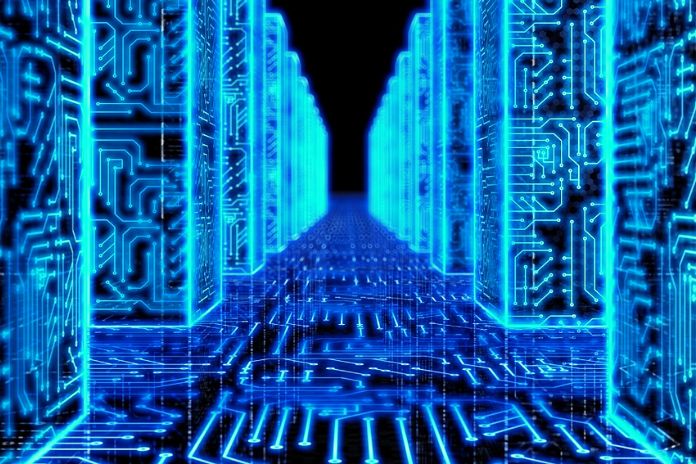 RAID (Redundant Array Of Independent Disks) technology is gaining popularity in the business sector. However, much more than offering data storage solutions, it must ensure that access to the necessary information happens efficiently and promptly.

It is possible to define the environment in question as a technology used to manage drives independently. The goal is to provide increased machine performance and ensure greater data security.

Therefore, the drives involved in RAID technology function in isolation but simultaneously behave as parts of a more significant component. Throughout the article, we will explore in more detail about this technology.

In addition, points will also be discussed regarding data security and the importance of RAID to ensure greater efficiency in this regard. So, could you continue reading to learn more about it?

What Is RAID Technology?

This type of environment is helpful for companies because, in case of a failure in a particular drive, the necessary data will still be available through the others. Therefore, there will be no interruption in the execution of processes or access to data.

Due to the usefulness of RAID technology, the format became very popular. Thus, new types emerged to meet different objectives. Therefore, there is no correct choice, but the options must be carefully analyzed according to the occasion since each context requires another type of RAID. The currently available options are discussed in more detail below.

In the so-called RAID 0 or striping model, data is available in small segments. They, in turn, are distributed across the drive, and redundancy is eliminated. In this way, the environment does not tolerate possible failures in HDDs or SSDs.

Therefore, if a driver experiences a problem, data loss can ensue, which is a disadvantage of the model. However, on the side of advantages, it is possible to highlight its high performance since the computer can access data faster. It is also valid to mention the low cost of RAID 0 memory expansion as an advantage.

As the name suggests, RAID 1 works by mirroring one drive onto another. Thus, a mutual copy is made between the HDDs or SSDs involved in the process. Due to the highlighted points, data security is the first aspect that must be considered regarding this model.

Furthermore, when comparing the performance of RAID 1 with RAID 0, the drops are almost nil. Therefore, the mirroring model tends to be more used in corporate servers. However, it is worth noting that their costs are significantly higher.

It is possible to say that RAID 2 is not widespread today. The reason for this is linked to the fact that current HDDs leave factories with mechanisms very similar to their main features and, therefore, can already prevent certain situations.

In this sense, it is worth mentioning that RAID 2 is a technology based on detecting failures in hard drives to correct them later. So its functions are constantly checking and monitoring.

In addition, the environment uses ECC (Error Correction Code) technology, which virtually eliminates error rates even when failures occur in the company’s electrical network. But, as many devices currently have native technology capable of performing this process, RAID 2 is no longer used.

RAID 3 is a technology based on partitions of drives in the array. However, one of them is the exception and becomes responsible for storing data based on parity. Among its main advantages, it is possible to highlight the transfer of large volumes of data and the security reliability. It is worth pointing out that RAID 3 has error control and writes very fast. However, its assembly process through software is more complex.

It is possible to say that RAID 4 is similar to RAID 3. However, its differential is in reconstructing data through a parity mechanism. When talking about larger files, it is the most suitable for guaranteeing the integrity of the information.

Still, as an advantage, RAID 4 offers a fast read rate and the possibility of increasing physical drives when necessary. However, its recording rate is a little slower, and the process is more complex when comparing this environment with RAID 1 in terms of reconstruction.

The similarities between RAID 5 and RAID 6 justify their approach being taken together. Thus, it is possible to point out that both consist of evolutions of versions 2, 3, and 4 because an entire system drive is used to store information related to parity.

Therefore, RAID 5 and 6 are more complex technologies, and parity is distributed across multiple drives. In case of problems, trigger the rebuild process, and the information will be adequately recovered.

In both cases, the speed of error recovery and fast reading is worth noting. However, it is also interesting to point out that RAID 6 has twice as many parity bits compared to 5, and, therefore, even if the HDDs present some failure, the data will not be lost.

This places the environment in question as one of the alternatives that offer the most advantages regarding data security. So two HDDs can fail simultaneously, and the files will still be preserved. But, for a good operation, RAID 6 needs at least 3 HDDs for the implementation and has a much more complex data control.

RAID 10 has characteristics similar to models 0 and 1. It can be used with more than four drives and needs HDDs to be installed in even numbers permanently. This happens because half of them will be responsible for the storage while the other will take care of the copies.

Due to the highlighted characteristics, RAID 10 is currently considered the safest modality. In addition to providing data security, failures can happen to more than two drives simultaneously without loss.

However, it is worth pointing out that this is a technology with a high expansion cost. Furthermore, the HDDs must remain in synchrony of speed for the performance to be increased.