High Tech Scribe
Home TECHNOLOGY Robots: How Will They Change The World? 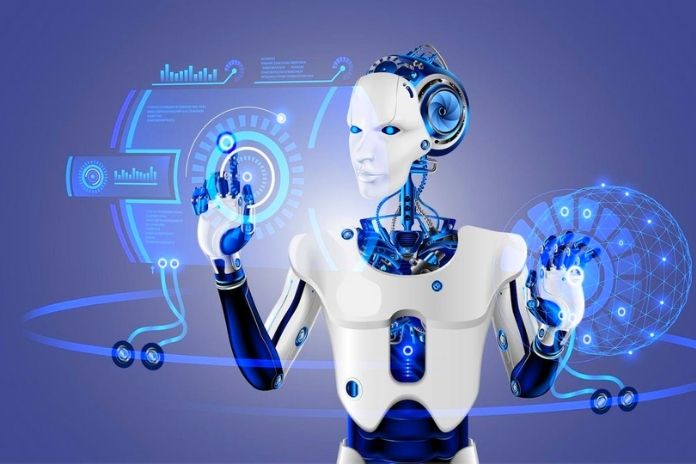 The age of robots has been predicted for decades. Initially used to refer to automated work in the 1920s and popularized in the classic 1927 film Metropolis, they have been a common feature of science fiction films.

The fact that robots and science fiction go hand in hand – and that predictions that we would soon have robot helpers have been standard features of futuristic visions since the 1930s – means that the idea of ​​robots becoming a central part of our lives has become so familiar that we come to ignore them.

Robots – The Rise Of Autonomy

An unmanned military drone or Unmanned Aerial Vehicles ( UAVs ) has made constant headlines for the past decade, having been (officially) first seen in action during the Vietnam War in the 1960s. Increasingly sophisticated, with sensors that allow independence from operators on the ground, many of these flying robots can act on their own, automatically controlling systems avoiding collisions, and detecting and reacting to threats. Humans remain in control of attack systems only.

This near-future of autonomous vehicles that can traverse almost any terrain could revolutionize the last stretch of global supply chains. At the same time, nearly every major automaker is investing heavily in driverless technologies, with early data indicating that self-driving cars are safer than human-controlled ones. Some countries are already introducing legislation that allows driverless vehicles to operate on public roads, potentially making taxis, delivery trucks, and even private cars obsolete.

Robots – The Rise Of Adaptive Learning

The rise of the digital personal assistant — like Apple’s Siri, Google Now, and Microsoft’s Cortana — is just a tiny, early aspect of similar emerging technology. Algorithms are becoming sophisticated enough to learn from data and adapt their responses accordingly – in the case of the digital assistant, customizing their reactions to the user’s needs – in a field known as machine learning.

However, the digital assistant in your pocket is only a tiny part of this rapidly developing field. Robot learning is increasing in which machines learn to adapt to changing environments – even to the point where they can build new and improved versions of themselves to meet future challenges. Load a robot with enough sensors and suitable algorithms and processing power; a system can be developed that can be self-improved. The same principle can be adapted for manufacturing robots to build versions of the end products they created.

Although only in the early stages, once the concept has been proven, expect the pace of progress to increase rapidly. This development could revolutionize almost the entire manufacturing industry – and combined with the rise of 3D printing and better processing of Big Data, new and improved models could be designed, prototyped, tested, and brought to market much faster than in manufacturing cycles. Previous research and development.

Robots – Replacing Humans Or Helping Them?

The ability of machines to perform tasks that people once did has been a concern since the beginning of the Industrial Revolution. The Luddite movement is known for breaking down machines to save jobs.

With machines capable of taking on any repetitive task and increasingly compatible with computers to analyze data to the point where they are now able to pass tests once considered signs of self-awareness, some see the robot’s growth as a significant threat to employment. . However, this need does not lead to economic collapse, according to some theorists. Instead, the productivity of robots could keep the economy going and even improve the bottom line, freeing humans to focus on other things – on the assumption that the wealth generated can be effectively distributed to allow us to continue buying food and paying for housing.

With most developed economies suffering from an aging population, the ability of robots to take on some jobs could even be a boon. In Japan – one of the countries most likely to be impacted most heavily by an aging population – the rise of the robot caregiver is already beginning, sponsored by the country’s Ministry of Health.

Also Read: The Evolution Of Technology To Automation

Technology In Business: How Does It Motivate Employees?

Hyper Automation: How This Trend Will Transform Companies

What Is The Best Sales Model For Your Business?

Education: 5 Technologies To Help In Your Daily Life

How To Improve Customer Service In Marketplaces