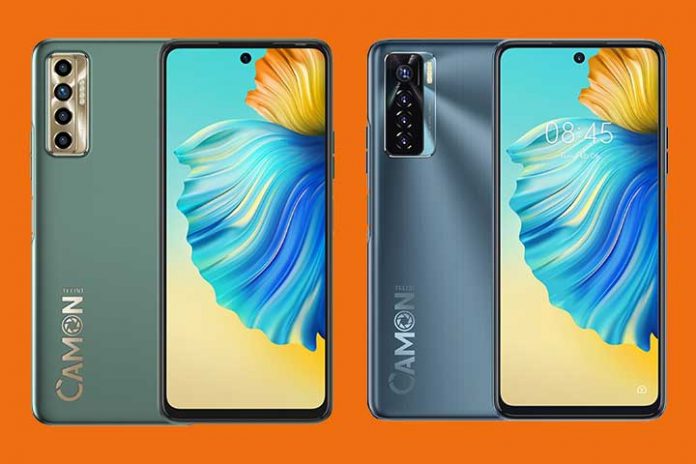 China’s Shenzhen-based smartphone maker “Tecno” has released a terminal equipped with an inexpensive yet high-performance selfie camera and a large display, and has become the number one smartphone brand on the African continent. The company is assembling some products in Africa, including the latest handset “Camon 17 Pro.”

It may be a mediocre spec for Western consumers, but in Nigeria and Ethiopia, it’s highly functional for this price range, especially with 258GB of storage capacity.

I’ve tested the Camon 17 Pro for a week and I hardly feel dissatisfied with the low price. The back is made of plastic, but the matte finish gives it a luxurious feel. The fingerprint sensor on the side has a fast authentication speed and a good response. The color of the display is bright and bright enough, and the main camera is more sophisticated than I imagined.

Although MediaTek’s chip performance isn’t at its highest level, I didn’t feel any problems using the app or playing games such as Real Racing 3.

Like other low-end devices, Tecno comes with a soft case, wired earphones (the device has an earphone jack), a 25W quick charger, and a USB-C cable. The set also includes a plastic protective film.

The only thing I was dissatisfied with was the 8-megapixel ultra-wide-angle camera, which lacks dynamic range and detail around the edges, but I’m happy with the Samsung image sensor, which is the main camera. The shutter speed is fast and the HDR shooting performance is high. Although the color is suppressed, you can shoot with natural colors. Focusing seems a bit slower, but it may be because you’re used to a device that costs five times as much as the Camon 17 Pro.

Achieve amazing quality for under $300

The 48-megapixel selfie camera, which uses an OmniVision sensor with an aperture of f / 2.2, is a notable feature of the Camon 17 Pro. The lens is a fixed-focus lens, but the sharpness and detail are both excellent. HDR allows you to take well-balanced photos even when shooting against the sun, and the artificial blurring in portrait mode is reasonable. However, although the SELPHY camera can shoot movies at 4K / 30p, blurring may occur at this resolution.

The OS of Camon 17 Pro is Android 11, and it has Tecno’s own skin. There is no major problem with the software, but it lacks some Android features such as forced rotation even when the screen auto-rotation feature is off, and the app drawer behaves differently than usual.

When it comes to battery capacity, the 5000mAh capacity battery is very large for a device with this spec, and even if you use the Camon 17 Pro a lot while you’re on the go, it will last for 13 hours. In addition, stereo speakers are also rare for terminals in this price range and have above-standard performance.

As a device that costs less than $ 300, the Tecno Camon 17 Pro is generally excellent. Large displays, stereo speakers, large batteries, and storage capacity make it suitable for watching media. Compared to Xiaomi and Realme devices in the same price range, I personally feel that these two brands of devices have more sophisticated software. But in the market that Camon 17 Pro targets, it’s definitely going to be a hit.

Which Cloud Computing Solution Is Best For You?

Which Cloud Computing Solution Is Best For You?

High Tech Scribe - January 31, 2023 0
The use of cloud computing is increasingly present in the discussion agendas of organizations, as well as cloud solutions for companies. Digital transformation has...

How To Build A B2B Sales Strategy With Sales Performance

High Tech Scribe - January 30, 2023 0
B2B Sales Strategy: The importance of structuring commercial actions and processes with a focus on sales performance is increasing. With proven benefits and results...

High Tech Scribe - January 21, 2023 0
Every year the smartphones market surprises, and for 2023, there are already rumors that could be positive. Time to remember what happened most notably...
Load more